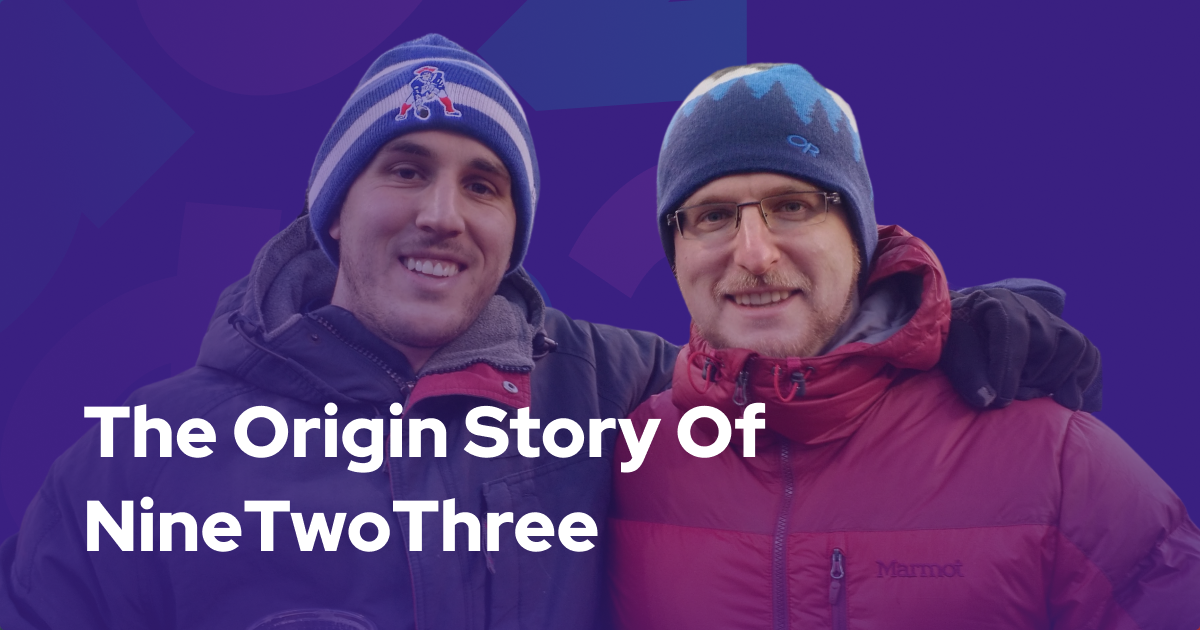 The Origin Story Of NineTwoThree

A perfect partner - in business or personal life — is just two people who refuse to give up on each other.

You can just swipe right to find a partner for life in 2021 - there are millions of couples created everyday - but this is the story of how you find a business partner for life.

On March 13th, 2013, in Boston Massachusetts, in the Microsoft Nerd Center, engineers and entrepreneurs gathered to listen to a mundane talk about other startups and how they are destined to success. While pizza and beer flowed outside the presentations a 27-year-old Nuclear Engineer was walking around the room handing out "Developer Wanted" pamphlets with an obviously clear understanding of the development world:

"We are looking for a database structure and design app developer"

In 2012 Andrew Amann had a mission to start a company. As a project manager he was struggling to understand his return on investment towards someone else's company - considering he was getting patents and awards for his work all under someone else's name. A company had to be born.

The original idea of Inigo, the first venture of NineTwoThree, was relatively simple. When two people shake hands the wristbands they are wearing would transfer information between the two individuals and save the information to their phone. After chatting about this to everyone who would listen, a friend in technology took the risk to have drinks and discuss this idea - resulting in the clever name derived from Inigo Montoya's famous saying "Hello, my name is Inigo Montoya, you killed my father, prepare to die."

But there was a problem. The idea had to be built and verified by someone who could code. This led to the infamous day of March 13th when Andrew printed this incredibly well designed pamphlet in attempts to attract a developer.

Attending the event that night was the systems engineering genius who was currently building the data integration engine for companies like Home Depot, Woolworths, Abercrombie and Fitch and others. Pavel Kirillov had just moved from Israel with his wife to be part of one of the fastest growing companies in Boston - Profitect. After trying to build five startups with friends and colleagues Pavel was ready to try one in America - the land of opportunity.

Pavel tells the story that he saw this American with horrible pamphlets trying to start a company and decided that he needed to help. Within 10 days the company went from complicated shipping of Chinese wristbands to QR codes - which at the time was a novel idea. Pavel had a way about him to be direct, decisive and generous all with a camera. The first digital connection between the two founders of NineTwoThree would be not by business card but through a Windows Phone and an Android:

The duo began their adventures after work in their home offices. At the time Pavel lived in Somerville and Andrew lived in Everett. Both offices were makeshift desks because Remote work was not popularized in 2013. Sure, a startup was born - the story of two guys with an idea and two computers is told over again - but this one is different:

Less than 40k spent in 5 years from the founders.

Working From Nine To Three

For 5 years Andrew and Pavel worked from 9pm to as late as they possibly could, often 3am. Monday through Friday, Saturday and Sunday. This is not an overstatement or exaggeration. The two founders were so dedicated to the dream of freedom that their nightlife and friends were pushed aside to accomplish the seemingly impossible.

The first goal was to replace the day job. The way to do this, without money, is to attend every free event you can get into. More importantly, the duo had no experience building a startup company or an app company. So, Pavel and Andrew had to learn how to build all facets of an app company with two brains.

Being a .NET developer Pavel learned how to develop an Android app from scratch including the backend and deployment to cloud infrastructure. Pavel also read the entire guidelines on design for both Android and iPhone and was able to standardize any screen from memory. QA? Pavel would test the app after yelling at Andrew because he didn't get a chance to test the latest release.

The other half of the business, marketing, sales, design and product management - Andrew had to learn. He taught himself how to code a website and how to build an audience on social media.

When other people would watch TV or browse social media, Andrew and Pavel would learn. They took classes in HTML and Java and Social Media Marketing, design classes, UX classes, free Google classes - you name it. Without money or experience the only x-factor an entrepreneur can have in success is education. Pavel and Andrew believed they could outlearn the competition.

The fun stories are the tricks the duo learned along the way. With just an app, they learned ASO which is SEO for apps - and got really good at it. Using 3rd grade language and keyword placements Inigo was listed in the top 5 on both Android and iPhone by the second year. By 2016 Inigo was raking in 20,000 downloads a month sharing 40,000 Inigo cards. By 2017 the money started to come as the pesky $7 / month subscriptions started to add up to $20k of MRR.

First, Pavel quit his job. He went full time Inigo thanks to his awesome wife and the output quadrupled. Andrew was hanging onto a thread at his job as he took phone calls in the car, at lunch, and in the machine shop just to keep the customers happy with what Pavel was building. Pavel was able to hire four developers to work for the product. Then, Andrew got laid off in March and Inigo was required to succeed.

Since 2014 Pavel and Andrew were building the agency on the side from the lessons learned in Inigo. Friends and coworkers saw the result the excellent design and execution of Inigo that they would want this same level of perfection to their in-house project. They won a project for Xero, the polymer bead company connecting washing machines around the world to a centralized database in 2014. They worked for Dorel, a top baby product company to create the companies first mobile application to monitor babies with a camera in 2015. They got called by Suffolk to organize their live video feeds for television viewing in 2016. People would simply ask Pavel and Andrew to do what they were good at - and over and over again without prior experience they learned the industry and executed as promised.

By the end of 2017 product market fit started to happen. A handful of companies started to show series interest in Inigo and by September 1st, Inigo was acquired by Royaltie (currently in Toronto Canada. The gameplan was to rebuild Inigo into the product suite and release it under a new name, "Upline." Today, Royaltie / Upline is one of the top 10 fastest growing companies in Canada still built on the Inigo foundation. But that is not where the story ends.

What happened in 2017 is the story of people over product. What was acquired by the end of the year were the assets of Inigo; the product, the code, the name and the customer list. Looking back at the journey of Inigo it didn't seem fair that the world would no longer use this product. The time, blood and tears into every pixel on the website and app would be lost in the internet archives forever. What is not lost or acquired is the story and the people.

The people that entrepreneurs meet when starting a company is not linear. Finding product market fit is a journey of trial and error. Finding a business partner is not. It seems like Pavel and Andrew were meant to meet on March 13th, in 2013 because the success they would bring to the people they met would be life changing. From 2016 to 2018 the rollercoaster of emotions via, job loss, family death, moving houses, losing houses, getting a new business deal, losing a massive opportunity or all of the above in one week is stressful. Partners are supposed to move on with their next venture. But Pavel and Andrew didn't.

Andrew and Pavel must communicate 10,000 messages a week. Andrew produces about 20 business ideas a month and Pavel will poke holes in 19 of them. They will argue over button placement, design changes, or how to organize folders in google - but what they never disagree on is the trajectory of the business. From day 1 to day 3400 the sidewinder story of success was intentional. They made the decisions together without regret.

Birth of the Name NineTwoThree

So, on September 1st, 2017, with 30 minutes until Midnight. Inigo was required to change its name. Of course, Andrew had 20 names lined up ready to pitch but none of them were emotional. Looking back at Inigo, the remembrance is of the people that helped build nothing to something. The people willing to talk to us during the day or meet for a 10pm skype call were what mattered. So Pavel simply said, how bout we call the company from 9pm to 3am - 923. Of course, they then argued for 29 minutes about digital vs lab vs agency vs venture vs shop vs company. But in true fashion an agreement was achieved, and NineTwoThree Digital Ventures was born. 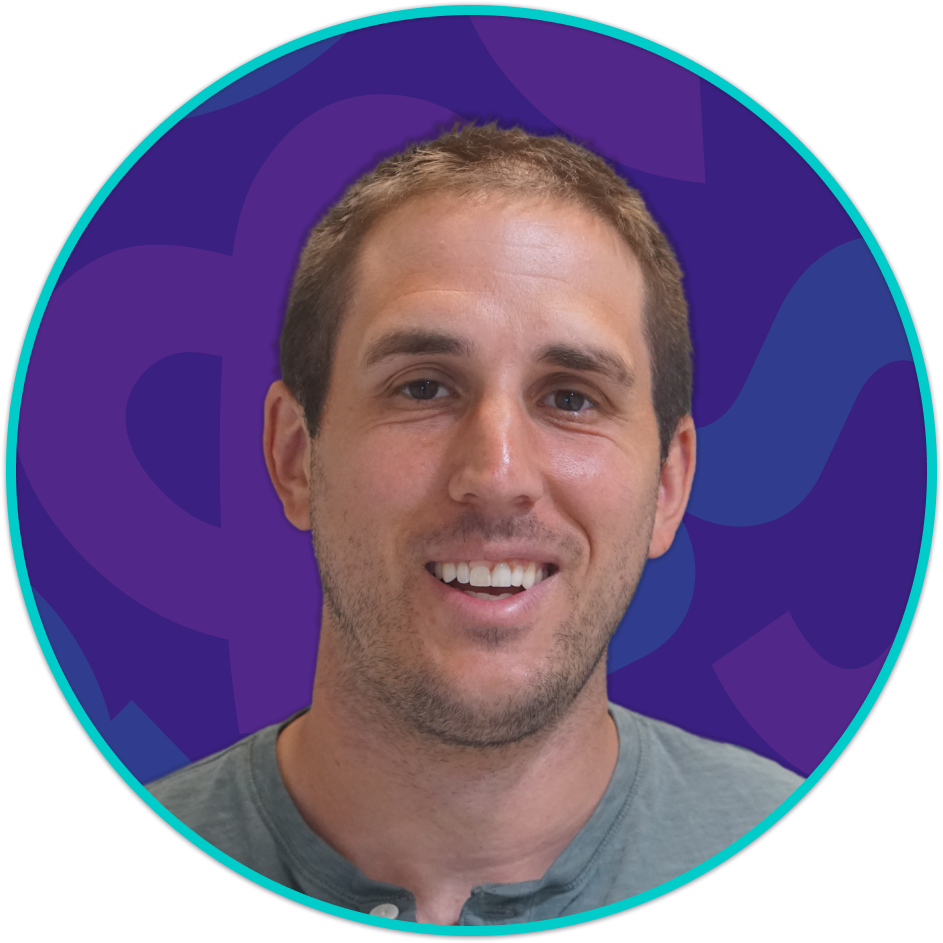 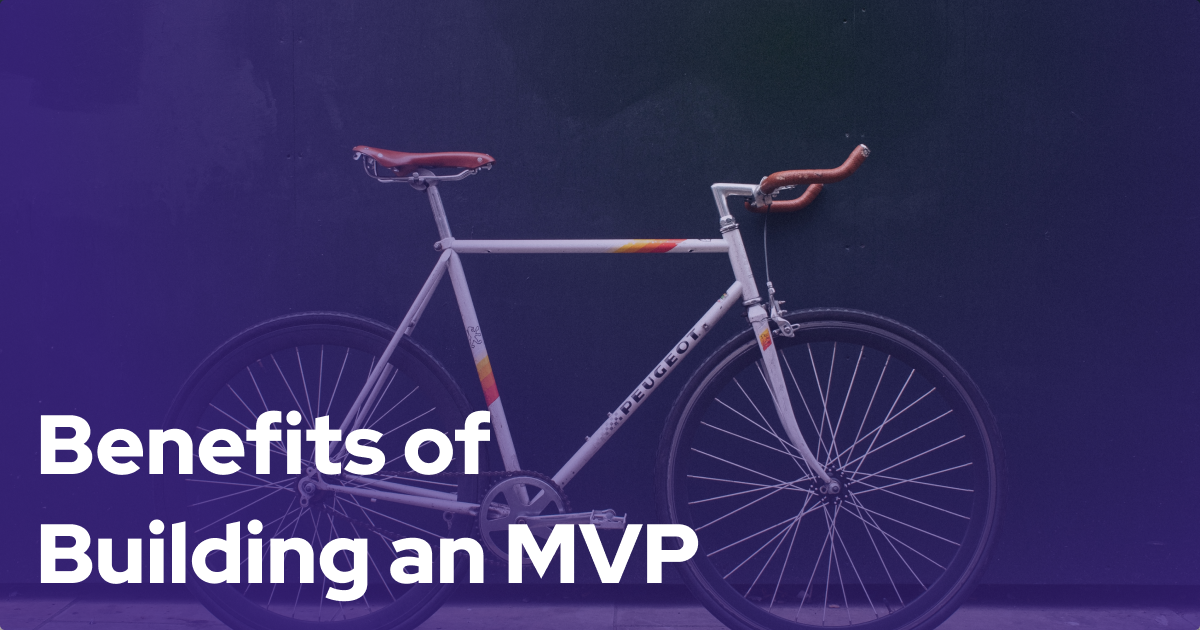 Benefits of Building an MVP For Your Digital Venture

In any software development project using modern methodologies, like Agile, an MVP validates the viability of the effort with a minimal outlay of resources. It serves as an insurance policy against wasting significant dollars and time on an initiative with little hope of success. 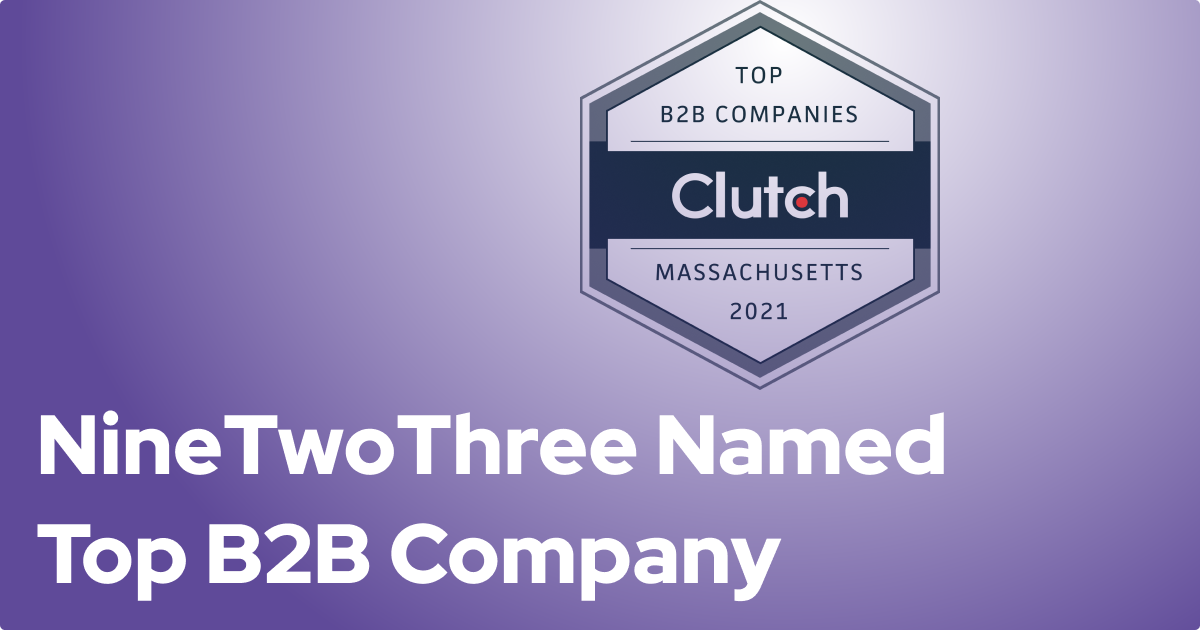 NineTwoThree Named One of Massachusetts’ Leading B2B Companies by Clutch

The top business review platform, Clutch, recently recognized NineTwoThree as one of the leading B2B companies in Massachusetts. 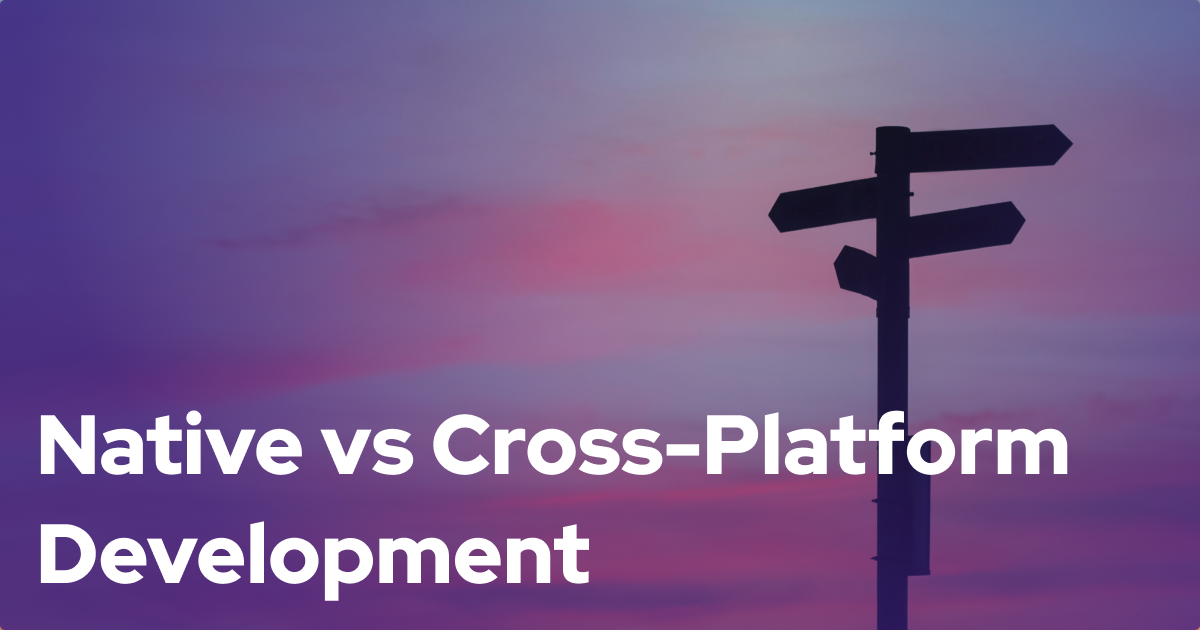 Let’s look closely at the important native vs. cross-platform development question. We look at the strengths and weaknesses of both approaches, with a goal of helping your organization make the right choice.