Over the history of the human race, we have declared “technology” the necessary means for human advancements. While technology is synonymous with circuit board configurations, such as computers and mobile phones, it wasn’t always the case.

There was a time in which the wheel was the greatest piece of technology known to man. This was followed by advancements in metals, spears, plows, and of course, sliced bread.

As governments get bigger and bigger the control of technology becomes necessary in our governing laws. We limit the usage of technologies we deem harmful to society and attempt to regulate other technologies with administrations like the FDA.

This hierarchical structure is not deemed totalitarian by its citizens. I have never participated in a conversation about “Should we abolish the FDA and let farmers feed us without being inspected.” It seems like we are at ease with such regulations.

But when the regulations attempt to abolish our social media usage… oh boy. Who should be allowed to use the bird app and who should not?

Interestingly enough there is a generalized pattern Marc Andreessen notates. He explains that there are three phases to the introduction of a new piece of technology by society:

Phase 1: Reaction to the idea.

Phase 2: Reaction from politicians and the news about the idea

Phase 3: Claiming future generations will suffer if the idea was to succeed.

We can replace any piece of software in this cycle and will understand the truth of his assumptions. Marc states that technology is a measuring force that can change the balance of power.

What happens next is that the technology will also naturally go through three stages of acceptance.

Step 2: Society tries to understand it with rational arguments.

The resulting arguments become the institution vs networks. The Left vs the Right. The Incumbents vs the progressives. The naming might be different but the fight is the same.

What this leads me to try and understand is the concept of an entrepreneur's role in society. As small of the population we are - we have massive implications for the future of the human race.

No greater sword has been held than that of Elon Musk who looked at Nasa, Boeing, and the United States Government and said, “pshhh, I can do better.” (Then he did.)

But the rest of us are coming up with ideas to challenge the status quo. To create a movement of norms that enable a consumer to choose our product over the incumbent.

But there is a catch.

There are many entrepreneurs and many ideas and many products.

Entrepreneur after entrepreneur understands where society fails and attempts to rectify the inefficiencies with a product. At-home food delivery will always be a challenge and hundreds of food delivery services have attempted their fate at becoming the Kleenex to at-home food service.

Few have gone public, but many have failed.

Even today, in the current YC batch I counted two food delivery services.

This constant pressure of disrupting an industry is great for society. The entrepreneurs bring the new technology into the conversation so the politicians can debate its existence.

Within the last year, Congress has talked about Bitcoin, Facebook, Robinhood, Theranos, and many many many other startups that disrupted the status quo.

We cannot predict the success of our product - but we can predict that there will be another one in our footsteps if we fail. So we progress.

And with each startup, we discover that the kids end up being just fine. We all adapt accordingly to our new efficient lifestyle and enjoy the luxury of remote work or McDonald's delivered to our houses in 20 minutes.

The Challenge of Team and The Solution to Success

Wouldn’t it make sense if the same team could just start over? Clean slate, new name, new app - same challenge. Wouldn’t this make the most sense to increase the speed of disruption?

We think so at NineTwoThree.

The startup studio model allows us to work inside the industry for clients and startups and organize a team to solve the problem for the client.

Sometimes the client succeeds and becomes a Unicorn (we have one of those.) But the knowledge of disrupting the industry is ACTUALLY repeatable. The team that doubled revenues in 2 years can do the same disruption for another company without violating any NDA. Why?

Because the team is moving faster than anyone else in that industry. We break things, we fix them, we see the destination and paddle hard. The industry is going to be disrupted again and again. The client we assisted is now the incumbent. The new idea, our new client, is coming up with the next generation of product disruption. The idea is new, the concept is original, and the product will be innovative - but the disruption path is the same. (And we know how to do that.)

So next time you think of hiring a team, think about the startup studio model. There is already a team that has thought about your industry that works really really well together.

More importantly, they are already assembled just waiting for your entrepreneurial spirit to give us the magic words “let's begin.” 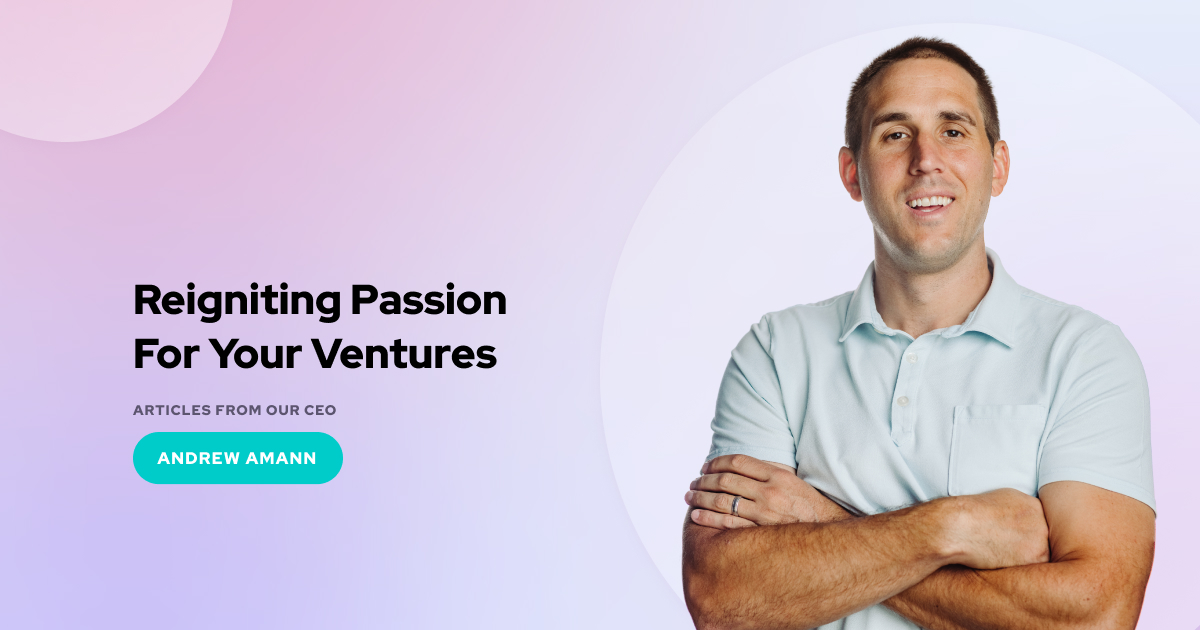 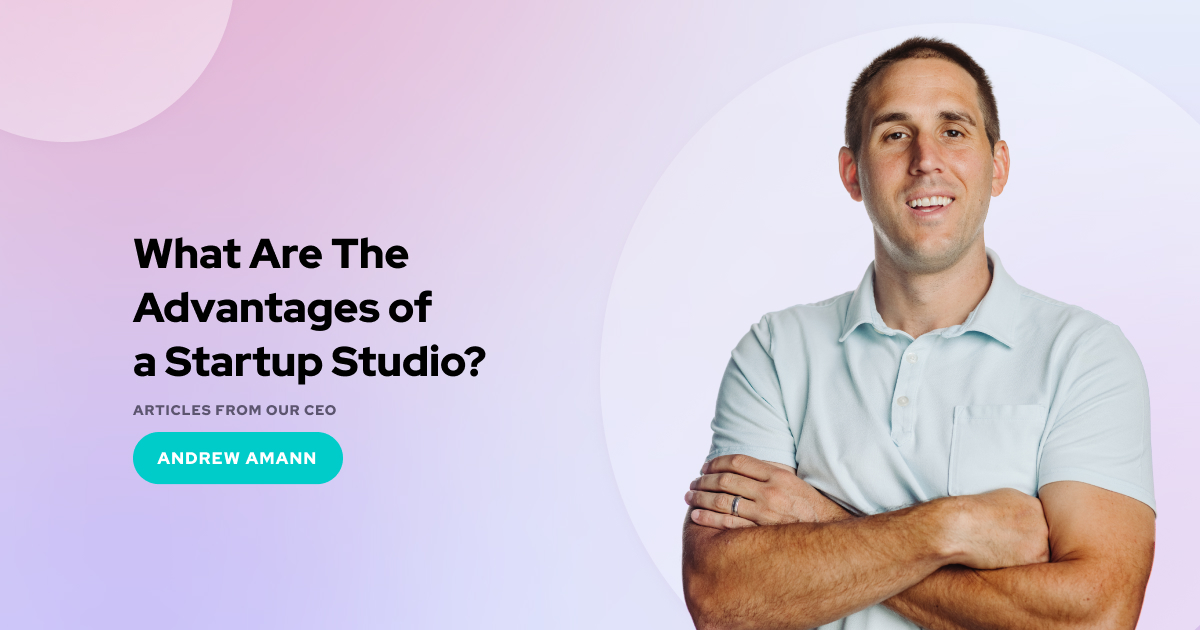 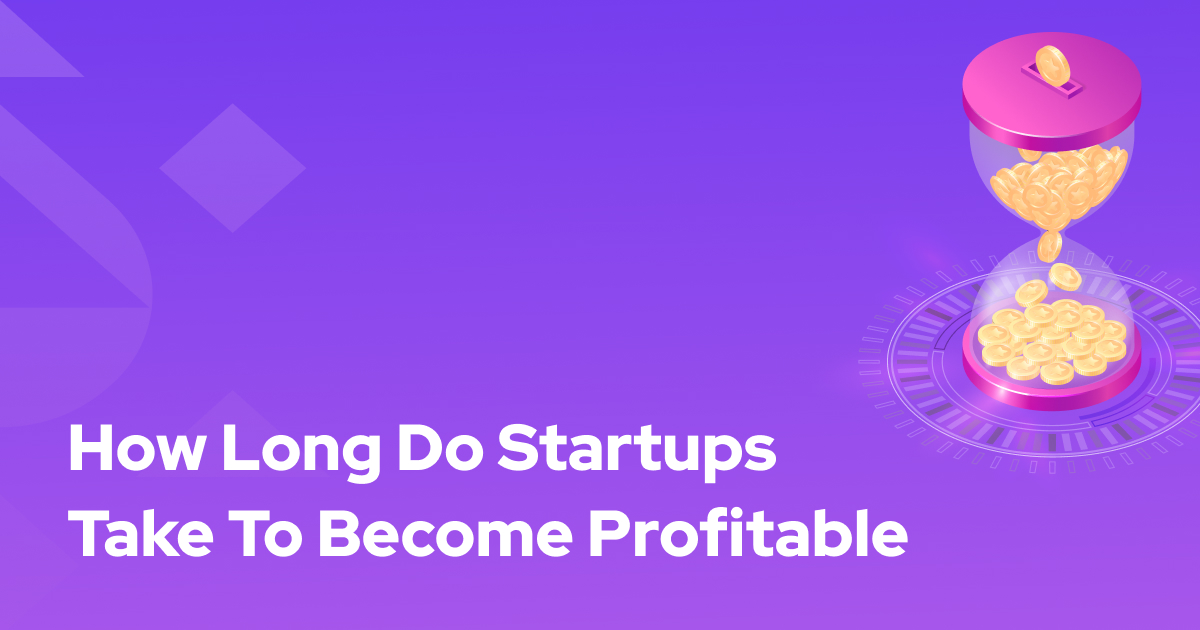